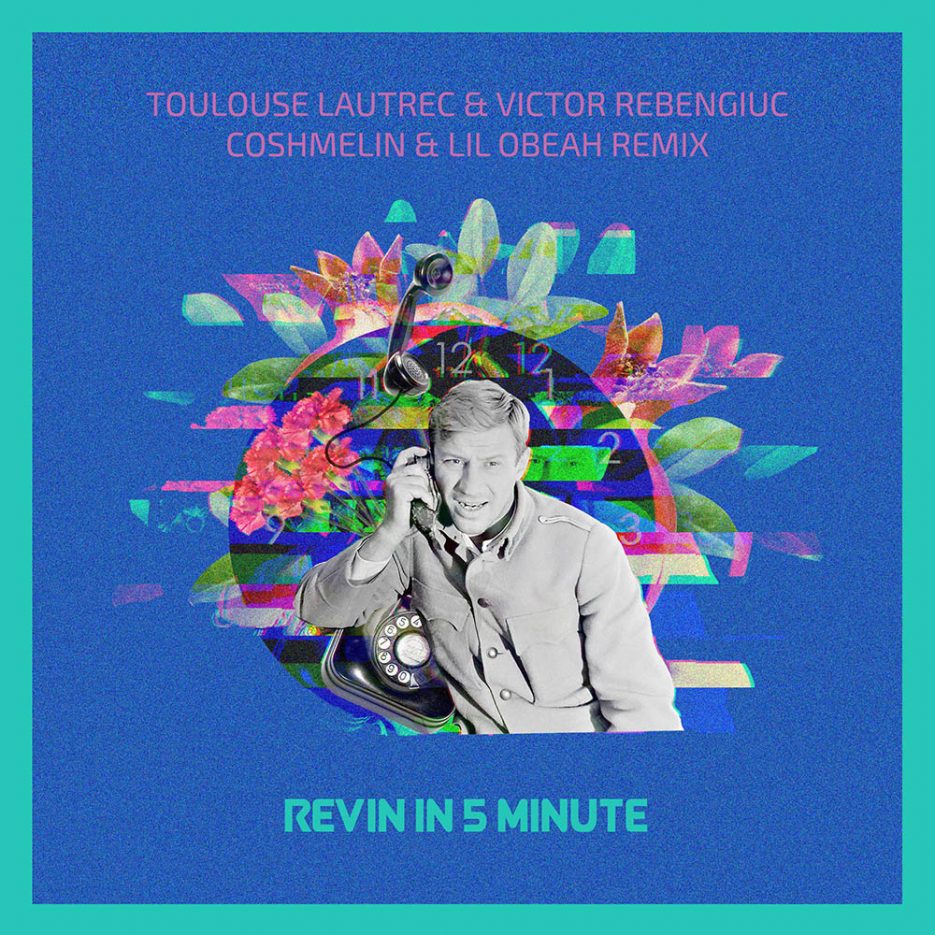 “Remixing local sounds is by far one of the most interesting challenges. In the case of the song Revin în 5 minutes from Toulouse Lautrec with Victor Rebengiuc, Coshmelin and I created our first electronic duppy dub, inspired by Massive Attack and Crowd Control. This song and remix is something special for us: we both grew up with the voice of Victor Rebengiuc, our favorite movie is The Forest of the Hanged, and our first concert together took place ten years ago opening for Toulouse Lautrec. Double win! ” Obeah

Toulouse Lautrec are descendents from aristocratic families. They grew up on green meadows in front of bourgeois castles and with the sound of hunting horns and the smell of cheeky countess’s perfumes. Predestined to academic study and a higher education, life has thrown them into the most ragged layers of society. Initially influenced by Rene Pricetau and John Lewis Brown, they found their way in the midst of rebellious bohemianism. They are nightclubs regulars, passionate about women, absinthe and opiates, they spit into microphones, they gesture on strings in the cabaret and they break the faces of the drums in the bars looking under the girls’ crinolines.

“I’ll be back in 5 minutes” is about artist block. From conveying emotion to the art consumer. Whether he is a musician, actor, performer, puppeteer, circus performer, more or less cultural, more or less educated or educational, the artist who transmits the emotion has an intellectual block, and becomes a nobody on a scene. As people we are addicted to entertainment, to the extraordinary. This song talks about performers as people stripped of their clothes of inspiration. Artists are currently living in a time when uselessness is imposed on them. Will they be back in 5 minutes, 1 year or 2 years? How long can they resist without expressing themselves as usual? ” declares Cătălin Rulea, the leader of Toulouse Lautrec.

For this song, classic film actor Victor Rebengiuc recorded the voice on the intro like a transmission from an absurd theatre play. As usual, Toulouse Lautrec sings about antagonistic aspects of the world we live in, from love, sex to protest and social criticism. Toulouse Lautrec is working on a new album, the fifth of the band that will be released soon.

Coshmelin is a Bucharest-based Romanian producer lost in music since 1999. He produces and drums and was an active member of Tunesinnaourheads and Crowd Control alongside his brother Răzvănescu. His main aspirations are to finish his Electronic debut album and enjoy his favorite artists: Tycho, Red Hot Chilli Peppers, Jamiroquai, Air and Jungle.