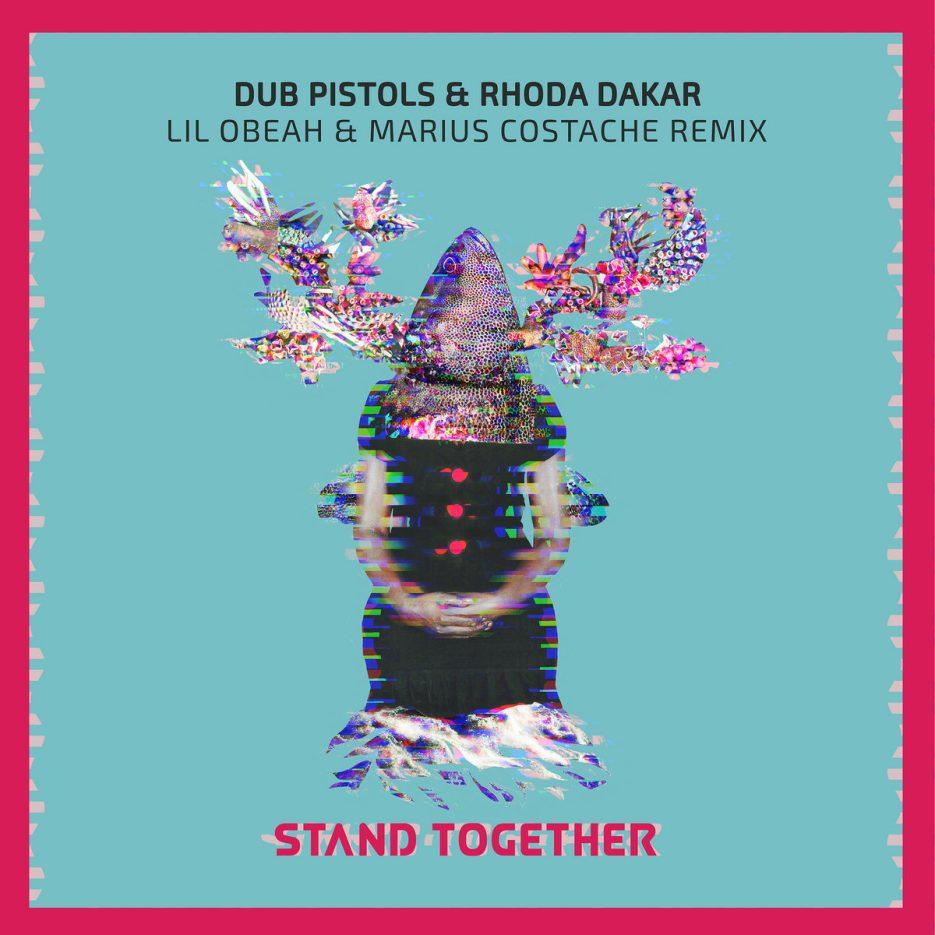 „I owe a lot to Dubmatix! Without him I would no be here and have done a lot of remix work.

This Dub Pistols & Rhoda Dakar Remix came after I won the competition Jesse King aka Dubmatix did last year with his song War, Peace and Dub that I remixed with Marius Costache. Out of love for songs like Official Chemical, but also superb spooky dubby electronic dance songs like The Problem Is, Peaches and Gangsters we pulled off an old school remix.

It was natural for us to take the inspiration from reggae/dancehall hip-hop classics from Coldcut, Thievery Corportion and Mad Lion and channel it into our Stand Together versions with Mr. Honey and Punct. After the last two pandemic years I really felt that the dead don’t die, and this is the reason why I chose to perform those lyrics in combination with Dub Pistols & Rhoda Dakar.”

“Stand Together” which features 2 Tone heroine, Rhoda Dakar who fronted all-female band, The Bodysnatchers, recorded with The Specials, Madness and most recently toured with The Selecter on their 40 years of 2Tone Tour as a DJ and Special guest. In these unprecedented times, Dub Pistols and Rhoda hope the message rings loud and clear.

“‘Stand Together’ was written about how far we’ve come, but how much further we still have to go when it comes to the war against racism. We used footage from civil rights movements as the basis of the video and now to watch what is going on over in America and how racism is still so seismic in our society is devastating. We need to stand together, learn from history, and move forward – united.”

„If you reflect the world you see in your lyrics, events will always catch up to you. Sometimes that happens sooner than you expect. #StandTogether”