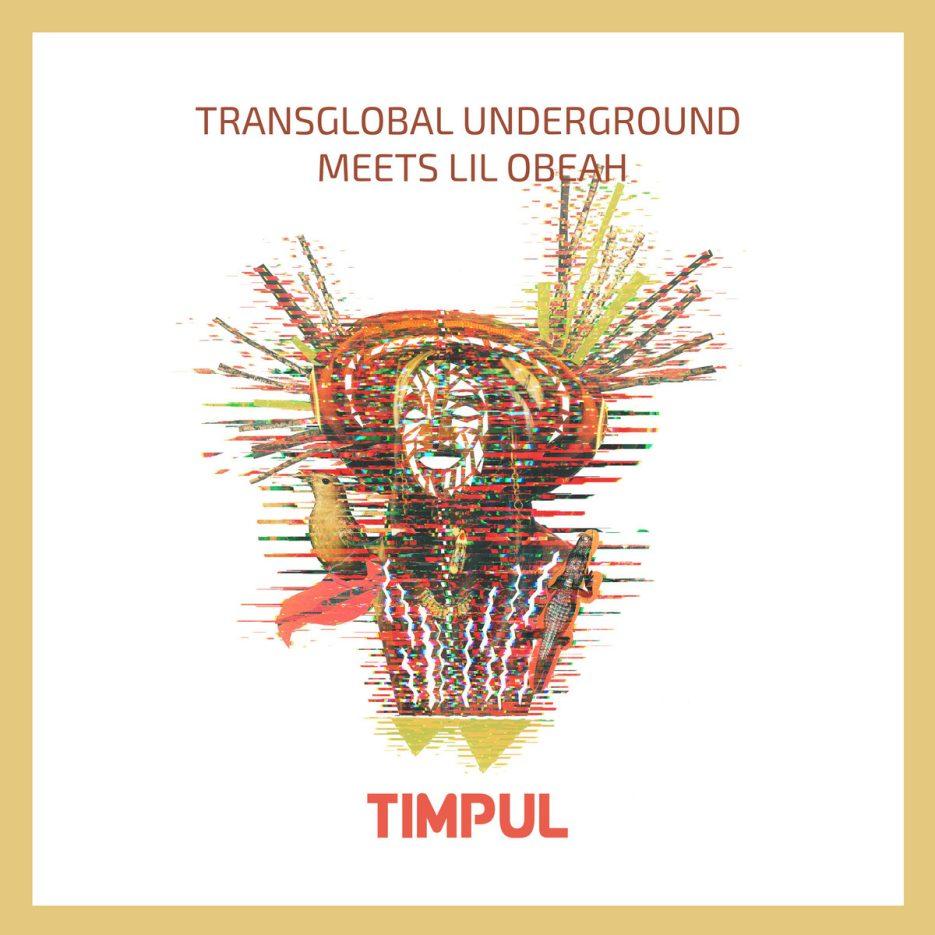 With great honor, we present the Children and Time singles from the first album released by Sound of Art to Come – Lil Obeah from Transylvania, produced by Tim Whelan & Hamid Mantu aka Transglobal Underground, and mastered by Marius Costache from Studio148.

We have a very limited edition of green vinyl for music collectors. Pre-orders are now available on Diggers Factory: https://www.diggersfactory.com/vinyl/247140/lil-obeah-from-transylvania

Only 200 numbered copies will be printed this May.

“Without Transglobal Underground, the songs on the Lil Obeah from Transylvania LP would have not gained a socio-political depth. Tim and Hami have given my songs and versions a DNA strain that offers context and meaning in the Eastern EU landscape. Without their knowledge of the area and inventiveness, this record would have lacked a special Balkan dark poetry spiced with amazing undead bass and explosions of cumbia, Italian and French folk plus superb plunderphonics.”

Lil Obeah’s roots are a very eclectic batch of bands and artists, including his own Crowd Control, The Shape of Moombhaton and Tunesinnaourheads projects. He is inspired by the strangest Romanian sounds, ranging from weird experimental authentic local dub to traditional reggae-dub with ska and folk-rock influences, music and records released near the Black Sea from 1988 to the present.

The notorious global fusion electronica anarchy London-based collective, Transglobal Underground, have teamed up with Transylvania’s Lil Obeah of the Sound of Art to Come label. Tim Whelan and Hamid Mantu of the music collective are specialized in a fusion of western, Asian, Balkan and African music styles. Since 1991 they have been releasing a glorious selection of beats, dub, dancehall, acid house, drum ‘n’ bass, oriental fusion, bhangra, funk and hip-hop.

Their first four albums featured Natacha Atlas as lead singer and their debut single ‘Temple Head,’ championed by John Peel, is a definitive 90s anthem. In 2008 they won the BBC Radio 3 Award for World Music, after the release of their seventh album, Moonshout. Formed by Hamid Mantu, Count Dubulah and Tim Whelan in 1990, the band expanded into a collective of musical collaborators creating eclectic journeys with each album released: Dream of 100 Nations, International Times, Psychic Karaoke, Impossible Broadcasting and even collaborations with the Albanian folklore group Fanfara Tirana Meets Transglobal Underground – Kabatronics.

Their latest release, “A Gathering of Strangers” is a pan-European project recorded in London, Prague, Budapest and Sofia.

Inspired by their last album released on Mule Satellite, the Walls Have Ears LP, the two entities have formed an alliance to produce one side of the Lil Obeah from Transylvania LP and the forthcoming Lil Obeah In Dub album.

Both hailing from West London, Tim Whelan and Hamid Mantu were also previously members of British 80’s band Furniture and had played with the experimental psychedelic art-punk group the Transmitters. While with Furniture, both musicians began bringing in more culturally-diverse instrumentation to the conventional rock band format. Their connection with Romania and Transylvania was forged in the Ceaucescu era, as they toured the communist country in 1988 and performed in major cities such as Cluj, Brașov, Sibiu and Bucharest.

All the collages that illustrate the Lil Obeah from Transylvania LP and the Sound of Art to Come catalog are made by the Romanian collage artist, Cristiana Bucureci. Cristiana debuted with the art of collage in 2015, through the Loud Blood Youth series, in collaboration with a local electro-fusion band. Her collages are a passport to a futuristic-decorative dimension, being made in mixed techniques, both digital and cut & paste. The artist has exhibited in Tel Aviv, Romanian Design Week, Bucharest, Timisoara, Cluj, and Iasi. Her portfolio is on instagram.com/cristiana_bucureci.

Exhibition and Official Audition of the Lil Obeah From Transylvania LP with all Cristiana Bucureci’s collages @ AM. Speciality Coffee in Bucharest

For new beginnings, Sound of Art to Come by Andrei and Cristina Bucureci, emerged from absolute passion for music and collages.

All Cristiana Bucureci vocals recorded by Marius Costache at Studio148