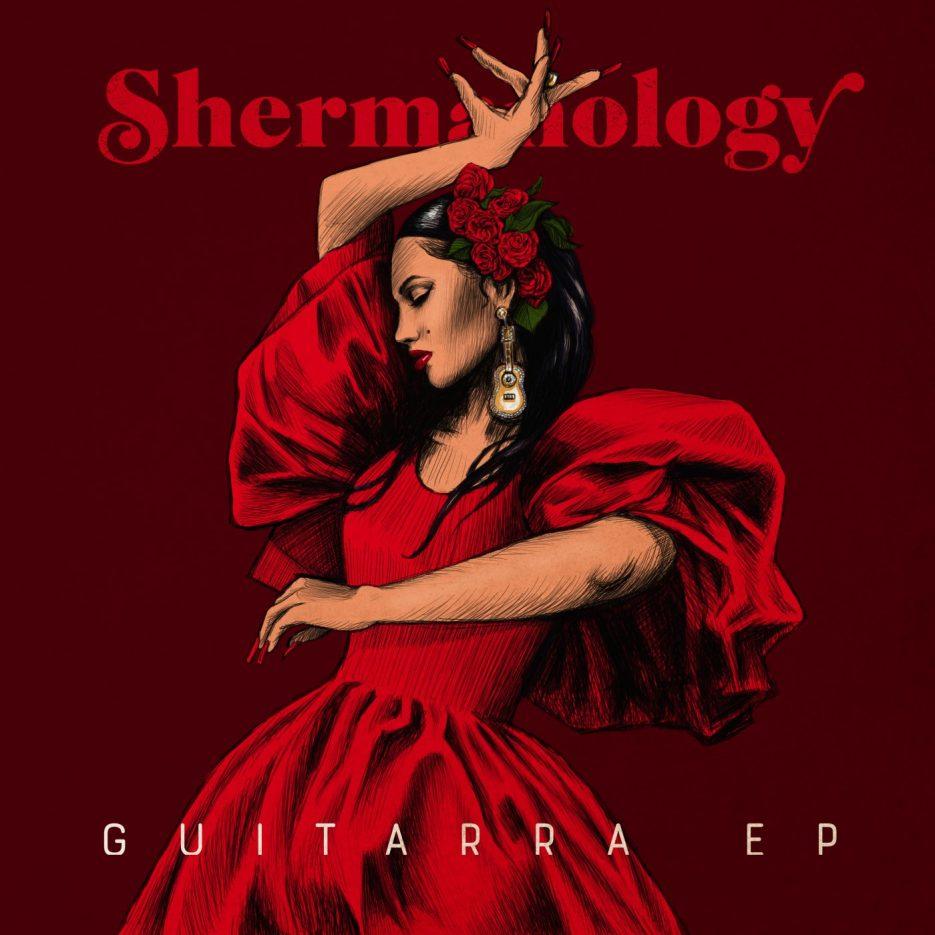 Continuing their global footprint, Shermanology delivers the new Guitarra EP on their innovative D’EAUPE imprint. This latest release features two iconic tracks Guitarra and Que te Toca that pronounce their inherent character and reflect upon their Latin roots. Showcasing a blend of Latin and Soul, this loud and proud latin EP is released on September 2nd and is a timely tribute to the original culture and traditional influences of this dynamic duo.

The Guitarra EP sees collaborations with Latino artist Maceo El Perro Blanco and DJ Buddha, an American DJ, record producer and radio personality who has become an integral player in the future expansion of Reggaetón with a string of chart topping hits. This project is a natural extension of the close friendship between these artists and has produced a song we see inspiring dancefloors worldwide.

The lead single Guitarra is an instantly identifiable hit in the making. Complete with rolling bassline and enduring flamenco guitar riff, this is a powerful, chunky and distinct club weapon. Crowned by a unique pitched up vocal it effortlessly hooks the listener and incites immediate dance floor action. The punchy kick cuts through any sound system and precedes an array of shuffling drum patterns that fluidly maintains momentum. Guitarra continually pushes the energy spiraling upwards and fulfills its undeniable capacity as an instant clubland anthem.

Que te Toca is a tight yet rhythmic Tech House workout with a rumbling low slung bass. Lifted by a succinct vocal delivery that proudly ignites the audience, this tune is considerably deep yet drives an authentic identity. With huge crossover potential from club to radio it actively imparts a resounding musical theme. Here the melody counterplays the exacting lyrics and punctuates the powerful production from Shermanology. From the moment the track drops it is resilient and bold. Que te Toca is a well positioned collaboration that will further place Shermanology on the lips of global tastemakers once again.

With an unshakable reign on dancefloors across the globe, siblings Andy and Dorothy Sherman known as Shermanology love to consistently break the rules. In this release they herald back to their formative Caribbean roots, inviting us to further explore their electrifying identity and expansive colourful world. The pair have garnered monumental support from BBC Radio 1 on every release, whilst performing globally with exhilarating Elrow shows and entertaining global audiences. Leading scene ambassadors continue to champion their sound including Jamie Jones and Martinez Brothers (Shermanology releasing on both their labels) alongside their powerful collaboration with Fisher further pushing the brand into orbit.

The act maintains an uncompromising soulful sound with a Tech House edge. This signature ‘soultec’ style has become their trademark Shermanology identity, which has led to growing worldwide success, actively dominating charts and the airwaves. Fluently navigating underground club culture at the same time they have a relentless penchant for rhythm, harmony, and groove throughout every production and show they feature. Shermanology continues to garner new fans and extend their loyal following as they remain at the cutting edge of the scene curating their own distinct sound as they go.

“As kids we were always fascinated by Flamenco Music and we loved listening to Latin singers like La India, Marc Anthony and Luis Minguel. Dorothy used to sing in latin bands and sing backing vocals in ranchera shows. It is part of who we are, so we have been thinking about how we could combine our Latin roots with house music. So we found a Spanish flamenco guitar player & wrote this vocal, it just felt like something that we would love to hear on the dance floor, that’s how ‘Guitarra’ was born.

Dem bow (Reggeaton) was the sound we used to listen to as kids We wanted to make a house track that has the energy of a Dem Bow track but still sounds like a house record, but we didn’t wanna sample vocals, so we hit up our long time friends Maceo & DJ Buddha for some original vocals. DJ Buddha is a well known producer/songwriter in the Latin scene, so what better way to make these worlds collide.”

In the modern dance landscape there is a resounding appetite for the sound of Shermanology and the duo’s unshakable sound. Key industry players are collectively highlighting the importance of producers who set to evolve the scene and Shermanology with their latest Guitarra EP actively promote the past, present and future of clubland whilst shining a light on their roots . Recognized by curaçao and winning the best dance anthem on BBC Radio this year already, Shermanology has a clear vision for the future. It’s time to turn the lights down low, turn up the volume and set to celebrate the ensuing success of this pivotal release.

For More info, go to: