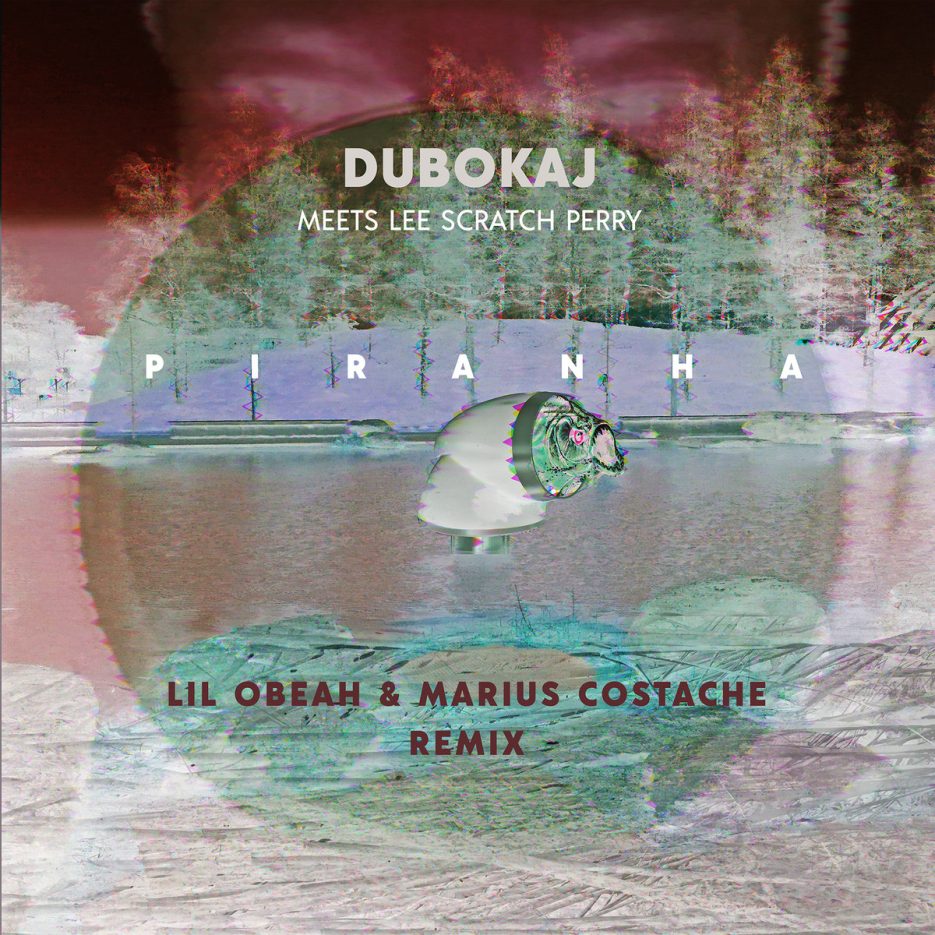 From Jamaica to Transylvania through the Swiss Alps

“Piranha is one of my favorite songs on the Daydreamflix LP. It certainly has the deepest, most eardrum shattering bass and the most gentle water surface echoing dubby arpeggios and literally crickets are creating the riddim for L$P via Dubokaj’s magic Swiss fieldrecordings. What I love the most about this Alpine Dub soundclash in the Swiss mountains between Dubokaj and Lee Scratch Perry is the ambient and relaxing vibe of the the songs. When I heard the electric bass riff of Piranha I wanted to emphasize that and explode the whole concept. This is why while brainstorming with Marius Costache we decided the heavily distort the elements of the song and take in an industrial dub direction.

What if Dubokaj and Lee Scratch Perry met Nine Inch Nails or Ministry? Would it work? It seems it did as Dubokaj liked it, and one thing none of these above mentioned artists, except Lee Scratch Perry, would feature in a song is a lush flute. But we did, so here it goes, industrial dub with flute from well-respected jazzman Alexandru Arcus. Duppy riddim full force!”

After ten years of making eclectic music, the dub ghost musician from Romania has tuned in to another frequency creating Lil Obeah from Transylvania. When it comes to his sound, he defines it as duppy dub from a parallel universe, The Shape of Dub to Come dimension.

He works with professionals in the music business, from Bucharest-based producer Marius Costache of Studio148 to international dub masters and wizards like Nick Dubulah of Dub Colossus, Tim Whelan, and Hamid Mantu of Transglobal Underground.

Lil Obeah’s roots are a very eclectic batch of bands and artists, including his own Crowd Control, The Shape of Moombhaton, and Tunesinnaourheads projects. He is inspired by the strangest Romanian sounds, ranging from weird experimental authentic local dub to traditional reggae-dub with ska and folk-rock influences, music, and records released near the Black Sea from the 1960s to the present.

Swiss-based Mouthwatering Records in a partnership with Transylvanian-based The Sound of Art to Come platform and label proudly present Dubokaj & Lee Scratch Perry’s second remix off the Daydreamflix album – Piranha.

The echoes of the Swiss mountains are translated by electronic surgeon Dubokaj in a soundclash session with the late Jamaican legend the Mighty Upsetter. Daniel Jakob aka Dubokaj aka Dejot, half of Filewile, is an artist and producer collaborating with dub and hip-hop artists from all over the world: Fortune Shumba, Mike Ladd, Pressure Drop, and Dawn Penn. Over the years, he has been steadily putting out extremely personal sounds, remixes, and visions on his own Mouthwatering Records. He also scored films such as Das Fräulein, Slumming, On The Line, Der Kameramörder.

Dub as an art form and as science is also philosophy, and Dubokaj extracts the process without mimicking the Roots form. He cuts and pastes, plays around with oscillating tempos, sometimes in a single tune – juxtaposes natural environments with in-studio sounds.

All the collages illustrating the Daydreamflix LP are done by Cristiana Bucureci, who is a Romanian-based collage artist. Cristiana has debuted with her collage art in 2012, with the Loud Blood Youth series, in collaboration with a local electro-fusion band. For the project, she has illustrated 13 songs from the band’s mixtape. Her collages are the passport to a futuristic-decorative dimension, being made in mixed techniques, both digital and cut & paste. The artist has exhibited in Tel Aviv, at Romanian Design Week, in Bucharest, in Timișoara, Cluj, and Iași. Some of her work can be viewed on instagram.com/cristiana_bucureci/.

Alpine Dub soundclash in the heart of the Swiss Alps in the Secret Laboratory.

Mastered by Adi Flueck at Centraldubs

Collage by Art Director and artist Cristiana Bucureci of Creionetica